Monday Meditations with Wine is a weekly live interview series on BRAVO!’s Facebook page highlighting beverage and hospitality professionals and their individual efforts to grow and evolve Southern Hospitality Industry. We are all about community and getting to know our neighbors, so grab a glass of wine and join us every Monday at 6 PM on BRAVO!’s Facebook Page!

For the month of June, each guest will have one very important thing in common, they are Fathers. Chuck will focus on how they are able to balance their jobs, families, passions, and life while navigating fatherhood. On this Monday’s episode, Chuck will be interviewing Isaiah “Zay” Jones.

Isaiah “Zay” Jones is a sommelier in OKC. He is a graduate of the University of Central Oklahoma and earned his MBA at Oklahoma Christian University. As the buyer and floor Somm at Mahogany Prime in Downtown OKC, Zay shows enthusiasm and passion for educating his staff and enhancing the wine culture in OKC. In addition to being one of Oklahoma’s brightest emerging beverage professionals, he is a father of two. He balances his career aspirations and family all while maintaining his “skinny-buff” physique by playing basketball and intense workouts.  Not without a sense of humor though if you need a dose of joy while scrolling find him on Instagram @zaysensei for humor in wine and maybe catch him spending some quality time with the family!

On the next episode of Monday Meditations with Wine Chuck will have special guest Ebony Jones – the owner of Nola D. Platters, Pants, and Peculiar Goods located in Flowood, MS, wife, and mother of daughters Harper, and Fionna.

Ebony Jones is a Puckett Mississippi native and graduate of Forest Hill High School. Ebony started her foodservice career very early at the age of 14, working in her uncle’s Harvey’s Fish Hut in Pearl, MS. Ebony has taught technique classes at William Sonoma, she has also worked with Chef Alex Eaton at table 100, and as catering director at The Manship for six years.

In February of 2021, she opened her own business Nola d Platters, Plants and Peculiar Goods, a catering business specializing in charcuterie, cheese, and fruit platters. But that is not all, Ebony has a keen interest in plants. It is a practice started after the death of her 4-month-old daughter Nola Demaris in 2016 from SIDS, whom she named her catering business after. To honor her, she donates a portion of each month’s proceeds to the March of Dimes foundation.

So, grab your favorite glass of wine and experience southern hospitality from your living room, office, dorm room, or where ever you please every Monday at 6 PM CST. 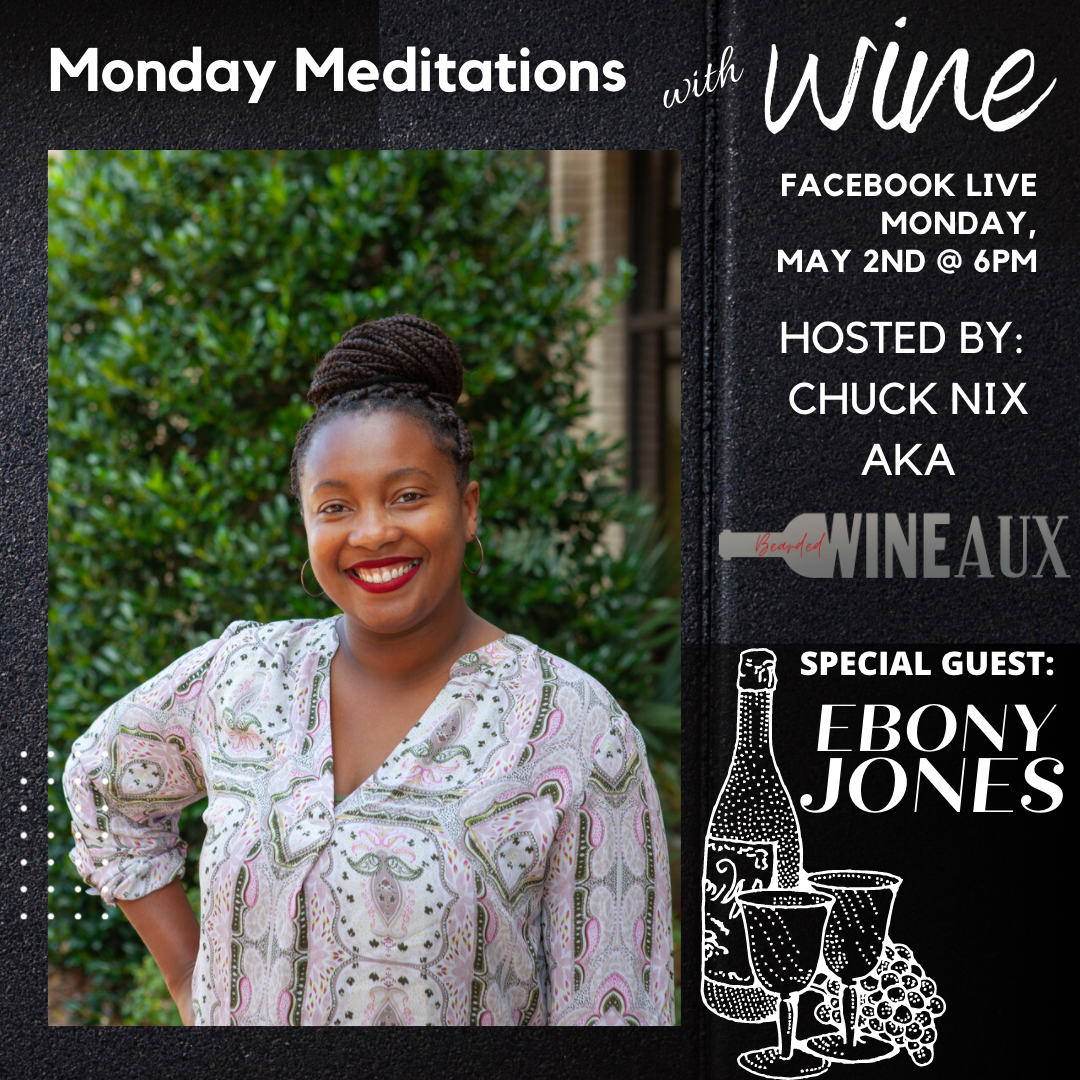 Check out these links for more info on Ebony Jones

On this week’s episode of Monday Meditations with Wine, Chuck will have special guest restaurant owner and executive chef Zacchaeus Golden.

Golden, who is originally from the Mississippi Delta moved back to Mississippi after working his way through some of the top restaurants in New Orleans and San Francisco, such as The French Laundry, Coi, The Inn at Little Washington, Shaya, and many more! Golden has also received his associate’s degree in culinary arts from Bishop State Community College. Golden has an unrelenting passion for culinary arts. His style of cuisine is very southern-inspired focusing heavily on the origins of the ingredients and the techniques in which they are prepared. He also likes to utilize modern cooking techniques and plating styles.

When the COVID pandemic hit Golden was laid off from his job, allowing Golden to begin hosting pop-up dinners at his duplex in Jackson. The positive response to his popup dinners showed him that a tasting-menu-only restaurant could work in Jackson, and in August of 2020, he was able to make his dream of owning his own restaurant come to life – Southern Soingé.

Golden describes Southern Soingém as a guestaurant, just another name for a micro restaurant, which is a small, intimate setting where the chef delivers a more personalized experience with things like insight on how a dish is prepared or ingredient origins. Think of it like a dinner party thrown by a chef that has trained in some of the country’s top restaurants. 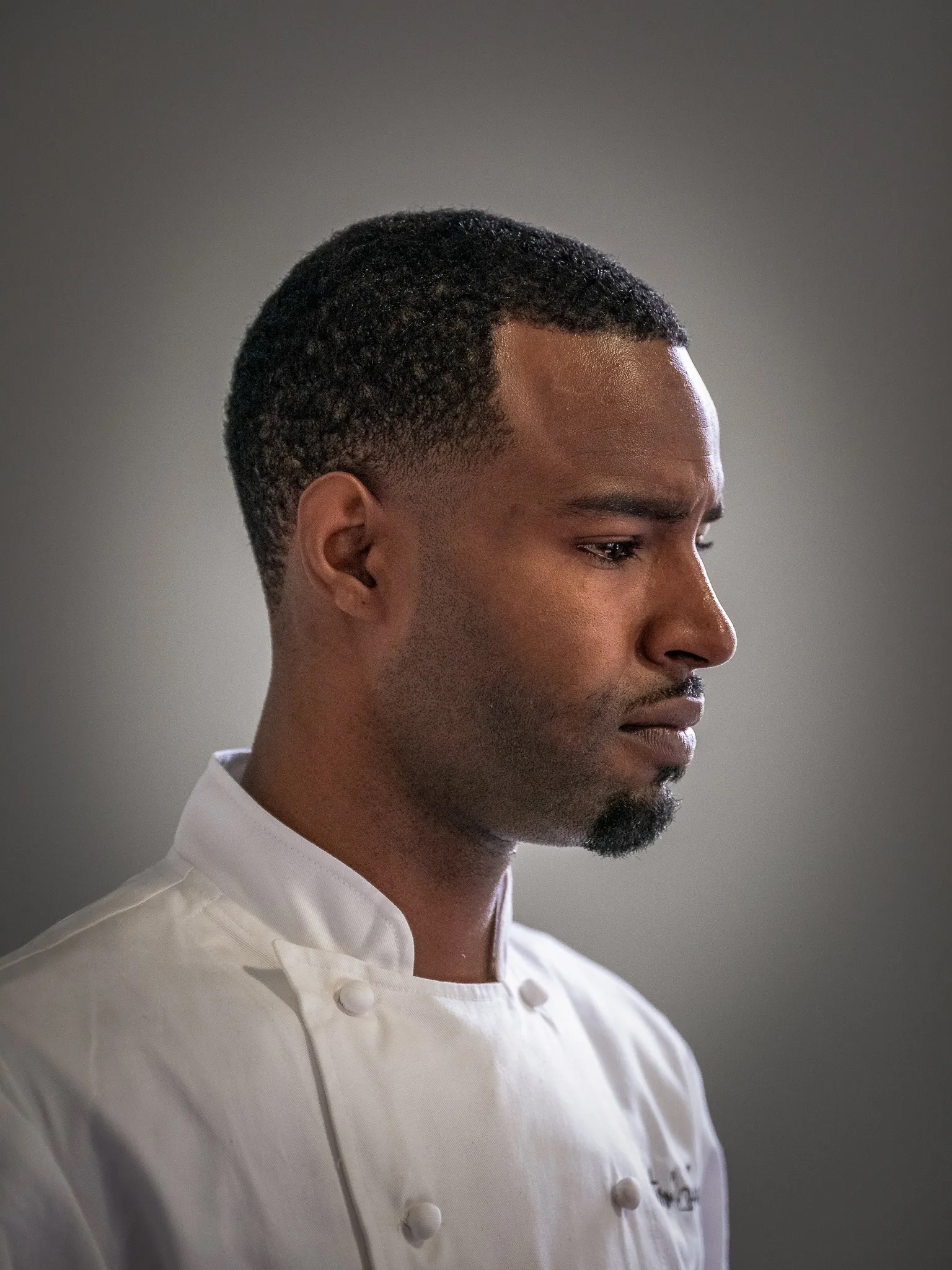 You can find out more about Zacchaeus Golden below: 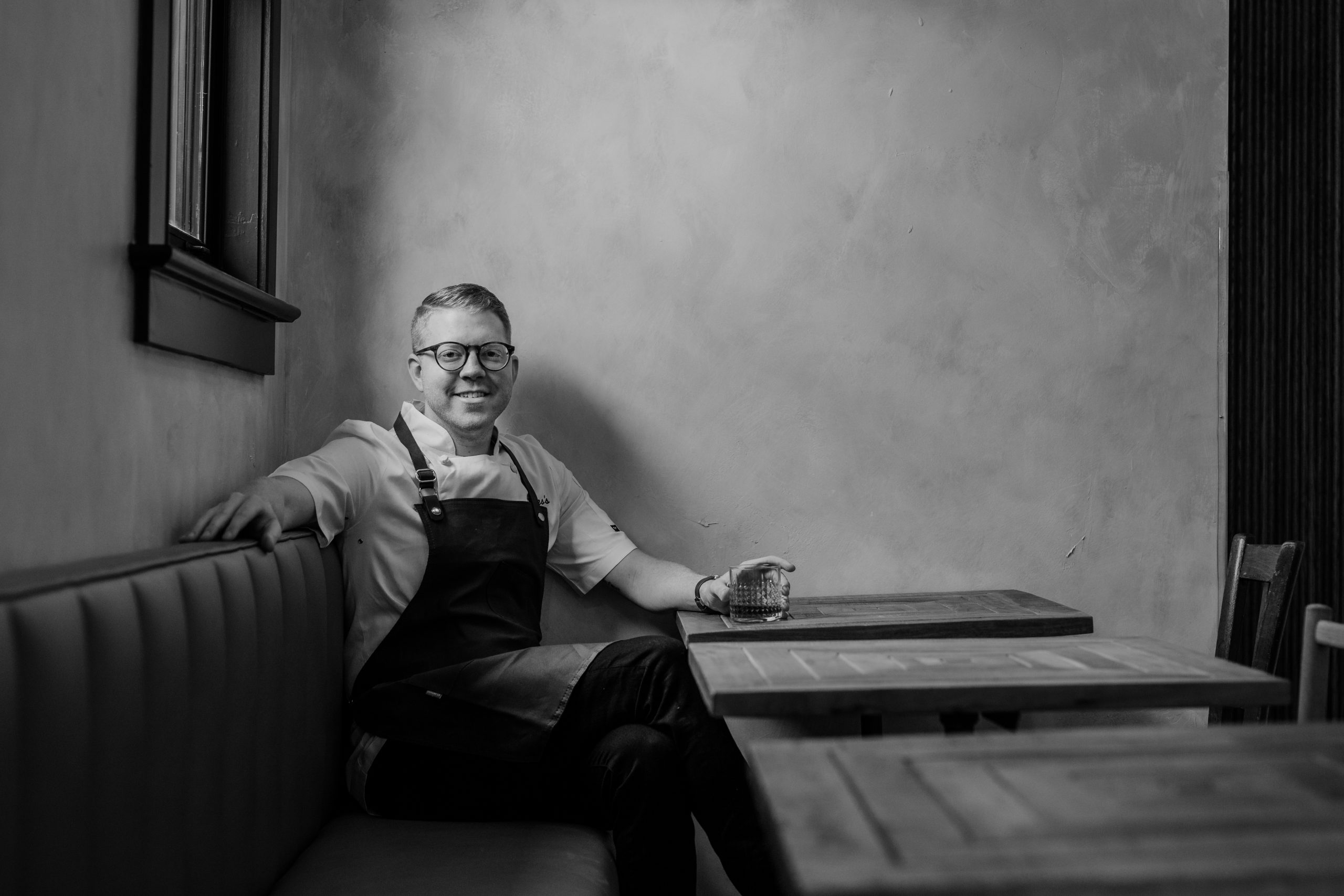 So, grab your favorite glass of wine and experience southern hospitality from your living room, office, dorm room, or where ever you please every Monday at 6 PM CST.

In this week’s episode of Monday Meditations with Wine, Chuck will have his lovely wife on as his special guest. As wine enthusiasts, we keep a watchful eye on the life of a Somm, but there is something to be said about the Wife of a Somm. Michelle Nix is not just the brains behind the beard but so much more in our community. Michelle is the founder and creator of her natural skincare products brand, Xinco Skin. The all-natural product line includes fragrance-free hair and beard oils perfect for bearded hubby Chuck Nix. As a youth/young adult counselor and Deaconess she is making a significant impact on future generations of Christians. Add in the most challenging
full-time + overtime job of raising her toddler and mothering two teenagers, busy is an understatement. She embodies what Maya Angelou would call a “Phenomenal Woman”.
Michelle is the progeny of servicemen and Clergy two generations of Army veterans and Pastors are in her paternal lineage. Consistent with her “Army Brat” status, Michelle was born in Upstate New York, lived in Hawaii, and Texas before settling in Mississippi. She is certainly the community contributor necessary to make this world a better place. 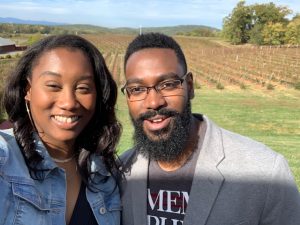